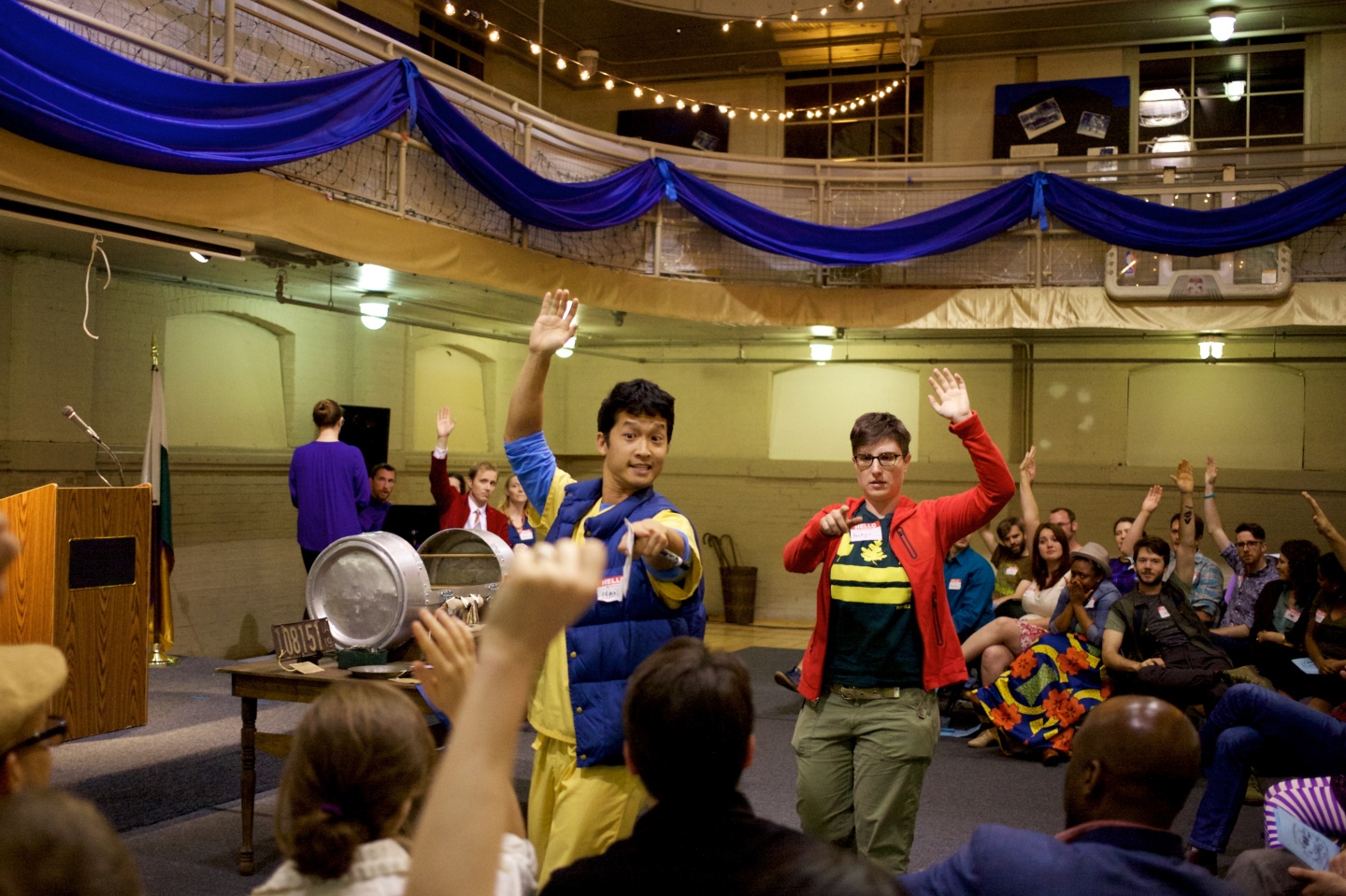 Beertown is dog & pony dc’s signature show. It premiered in November 2011 at the Capitol Hill Arts Workshop, and subsequently was remounted in the DC-metropolitan area four times, performed Off-Broadway, featured at Lincoln Center Theatre’s Directors Lab, revised and produced at theatres in Omaha, Cincinnati, and Raleigh to echo those distinct towns, re-written and produced by dog & pony dc once more at Thurgood Marshall Center for Service and Heritage in 2016, and then adapted into Beachtown by Herbert Siguenza with Rachel Grossman for production at San Diego REP.

Beertown was nominated for a Helen Hayes Award for Outstanding New Play, the first ensemble-devised show to receive this nomination (2011)

Beertown was named a Top Ten production by Washington Post (2012)

Rachel co-conceived and co-led of the devising project that generated Beertown in 2010. She was one of the 17 devisers of Beertown, directed the show for six+ years with dog & pony dc, and oversaw community-based adaptations of the show in collaboration with three other companies (Omaha Playhouse, Know Theatre, Raleigh Little Theatre). She led dog & pony dc through a complete write of Beertown five years after its 2011 premiere in order to make the show “Deaf-friendly”; this included infusing Deaf history and culture into the show, creating two characters who were Deaf (portrayed by Deaf actors), and making the show accessible every night to Deaf audience members. This “same show, completely different script” version is known as Beertown: 21st Quinquennial or Beertown in DC. Rachel developed the character “MJ Soch” and appeared as MJ from 2010 – 2014. 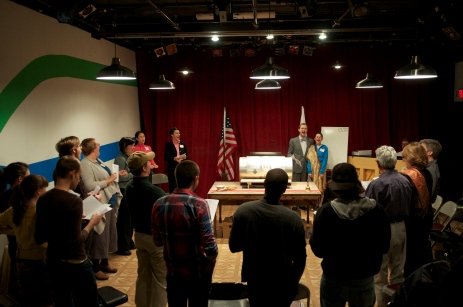 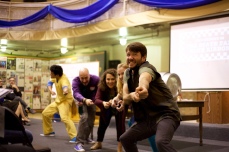 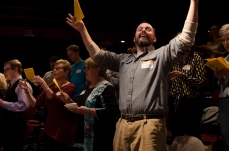 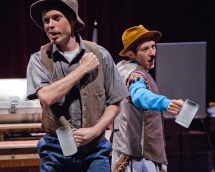 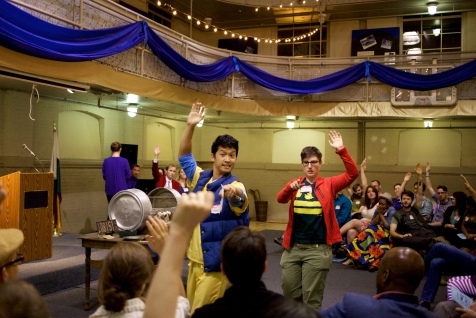 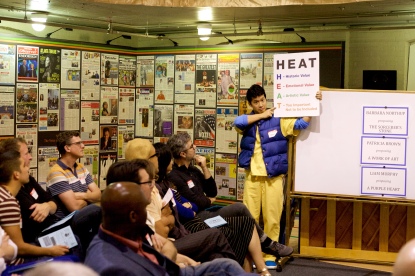 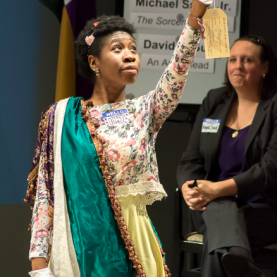 The ritual blessing and community fellowship moment, led by “Daughters of Ninkasi” as performed by cast of Beeertown in DC (2016). Featuring: (l to r) Amelia Hensley, Eileen Earnest, and Natasha M. Gallop.

Show Description: “Can you capture your community’s identity in a collection of objects? Every five years, the citizens of Beertown tackle this creative, civic responsibility as they unearth their beloved Time Capsule and ritualistically review its contents. Will the pie tin remain, or be replaced with a coyote skull? Will the projector endure, or be voted out to make way for the sack of coins? dog & pony dc’s celebrated show Beertown is an interactive exploration of history, identity, and community that starts with a dessert potluck and ends with lively audience-led debate.”

[T]he opportunity to work with [Rachel] as a mentor was the most worthwhile part of the programme and I was particularly grateful for the way [she] really challenged our thinking.

What I value most about working with Rachel is that embedded in our serious, thoughtful, precise practice, is joy and lots of laughter. I truly treasure our time together.